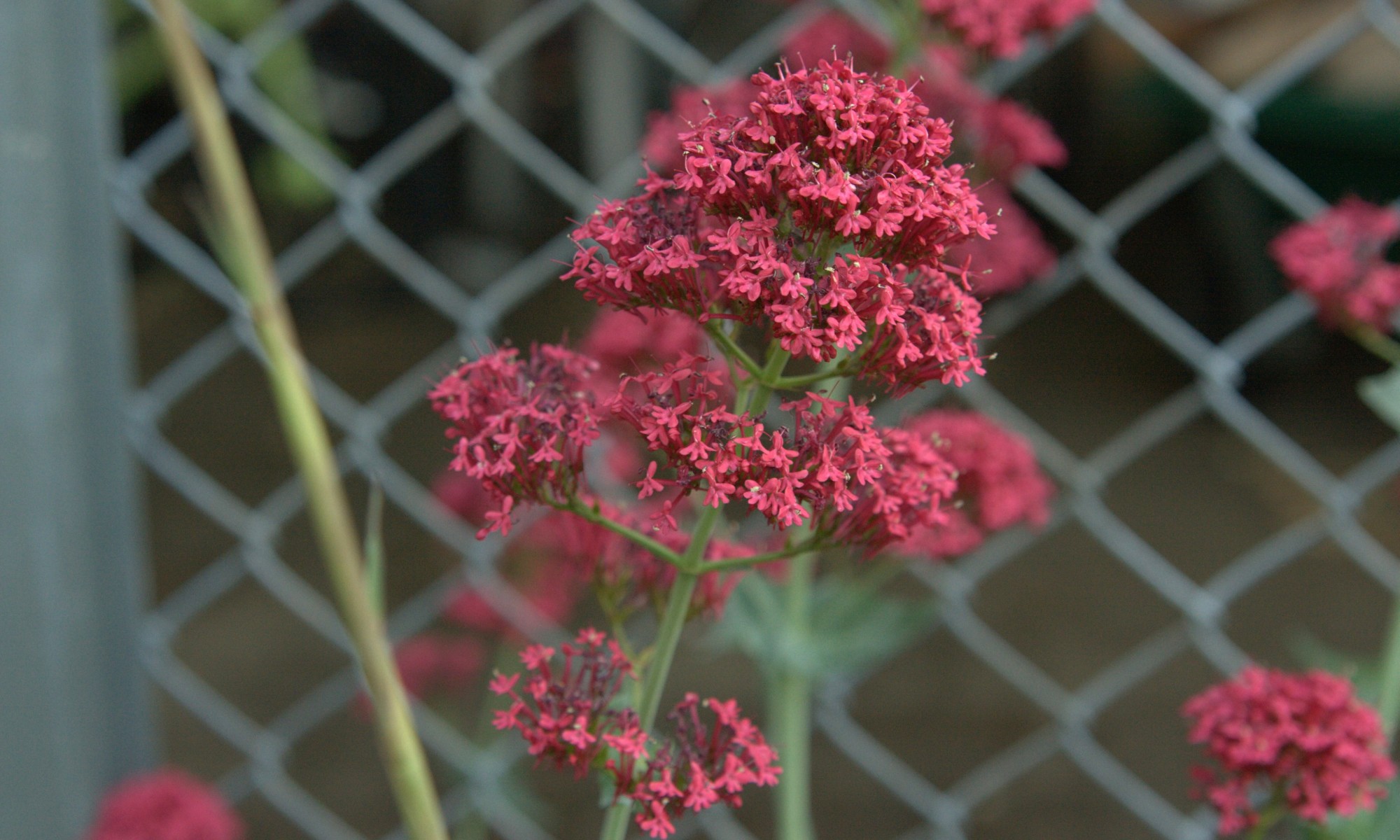 Another Mediterranean native, red valerian is a fragrant perennial flower that blooms throughout the summer and into the fall. Clusters of tiny star-shaped, reddish-pink blossoms attract butterflies and birds, and the plant grows up to about 3 feet tall. Red valerian is hardy, drought-tolerant, and spreads quickly, but usually falls short of being considered invasive.

Other than “red valerian,” Centranthus ruber has many interesting common names, such as Jupiter’s beard, spur valerian, devil’s beard, and fox’s brush. A cultivar named ‘Albus’ also produces white-colored flowers instead of the usual red. And although red valerian does not have the medicinal properties of true valerian, its fresh, new leaves can be cooked or eaten raw as part of a salad (though opinions on its taste vary).

We’re two students from California who grew up loving anything leafy or blossoming. This blog is a photojournal of our botanical adventures throughout the Pacific coast.

“Where flowers bloom, so does hope.”