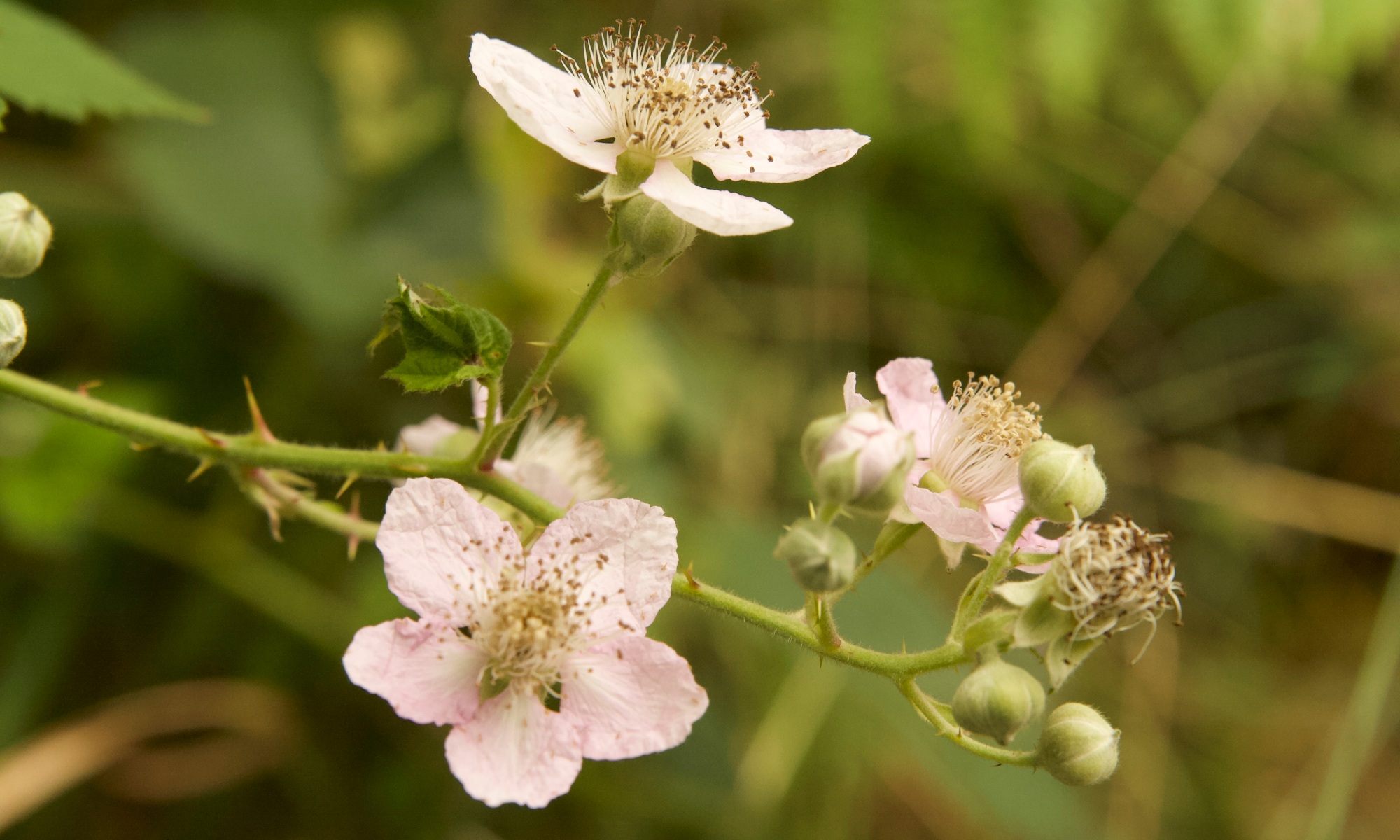 The flowers have five white or pale-pink petals. Ripe berries are black, while unripe ones are red. Himalayan berries are edible, like those of all other blackberry shrubs.

In the past, the species name has been incorrectly called Rubus procerus or Rubus discolor. Now, however, botanists accept the name Rubus armeniacus. The Himalayan blackberry is considered invasive in some places. From what we saw while camping in Oregon, the blackberry shrub was clearly an aggressive-growing plant; it could be found all over the mountain.

We’re two students from California who grew up loving anything leafy or blossoming. This blog is a photojournal of our botanical adventures throughout the Pacific coast.

“Where flowers bloom, so does hope.”